What is the Illinois Soil Nitrogen Test?

The Illinois Soil Nitrogen Test is an innovative nitrogen test developed at the University of Illinois. This test measures a soil’s ability to slowly provide nitrogen to the crop during the growing season. The analysis looks at the organic portion of the soil, particularly at compounds called amino sugars, so the test has also been called the “Amino Sugar N Test”, or the “Organic N Test.”
Measuring the amino sugar parts of organic matter gives us an indication of potential release of nitrogen from the soil. Using values from this soil test and local calibration data from on-farm plots with similar cropping systems, we can predict the response for those areas of the field and create nitrogen prescriptions for each field.  The prescription maps that are created using ISNT values can be used for several years because the test is measuring a property of the soil that changes slowly over time.

Cropsmith can help you get started using ISNT to learn more about the nitrogen mineralization capacity of the soils you farm, helping you get the most benefit for your nitrogen dollars. We often will be able to reduce your nitrogen bill. We can collect the samples, run the analysis and work with you on making recommendations for your fields.

We can also set up and analyze response studies on your farm to better understand the benefits of variable rate nitrogen management with ISNT.

Can ISNT increase my yields?

Yes! By applying an average rate for the whole field, many areas receive rates higher than needed to maximize yield. But there are often portions of fields that will respond economically to additional applied nitrogen. There are also whole fields that are being underfertilized by current nitrogen recommendations.  This map shows where different levels of fertilizer nitrogen would be necessary to reach maximum yields. 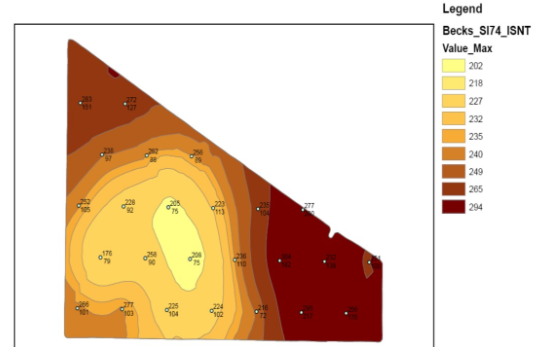 How can ISNT save me money?

Research has shown that many agricultural fields receive more nitrogen than needed to economically optimize yield. It is not uncommon for 60 to 80 percent of the nitrogen used by the crop to be provided by the soil during the growing season through mineralization. The remaining nitrogen needs are met through applied fertilizers. The ISNT will allow you to apply less nitrogen fertilizer where the soil has a high ISNT value. 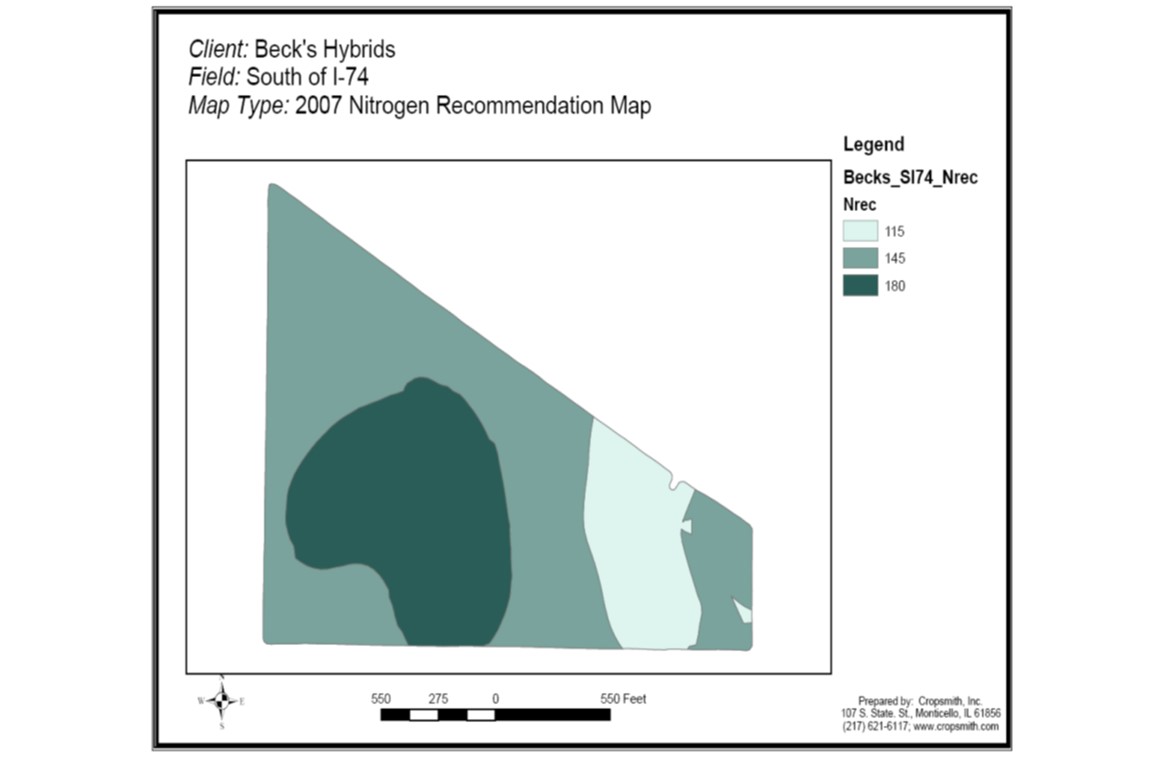 Why do subsoil sampling?

Crops feed on nutrients through the rooting zone. Factoring results from deep samples helps refine fertilizer application maps by considering what will be available to the crop during key yield building growth stages. While the top 6 2/3 inches of the soil are where most of fertilizers are applied, that is not where much of the nitrogen is taken up. It is important to look at more of the soil profile when determining what nutrients will be available for plants. This is also true for soil nutrients other than nitrogen.

How is this test different from nitrate testing?

Levels of nitrates in the soil can change greatly between years and during the growing season, therefore nitrate testing needs to be repeated before each corn crop. The ISNT measures a portion of soil organic matter that acts as the source of the plant available forms of ammonium NH4 and nitrate NO3. This test gives growers a measure of how much nitrogen can be expected to be released during the growing season. You should be able to use the ISNT for a number of cropping seasons before having to repeat the test. 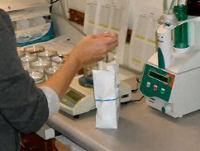 How do I get started with ISNT?

The best starting point is intensive soil sampling, taking composite soil samples from either a dense grid (1-2.5 acres per grid), or by soil type with a similar density. Samples should be pulled from 0-12 inches and 12-24 inches. This soil will be analyzed using the same procedure developed at the University of Illinois. These results--along with other field data--can be used to develop a site-specific recommendation that takes into account the soil’s ability to provide nitrogen. See our getting started plan.
<?